1, 2, Oatmeal refers to a popular parody cover of the Gourmet Race song from Kirby Super Star.

Gourmet Race is a frequently used song in memes and YouTube poop parodies. 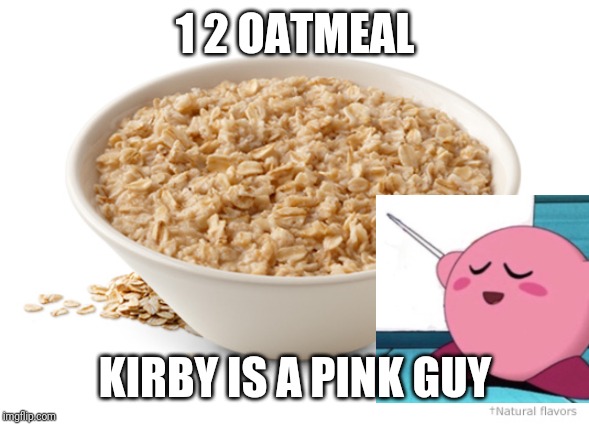 Kirby Super Star was released in Japan on March 21st, 1996, with a minigame section, where Gourmet Race, produced by Jun Ishikawa’s band is playing.

The song was uploaded to YouTube by mariofan888 on June 16th, 2009, with the title “Kirby’s Titlemusic”.

A German language parody of the song was uploaded by the same user on November 27th, 2010, with the title “1 2 Haferbrei”.

The first English version of the original parody was uploaded by YouTube user けんしん on July 3rd, 2011, amassing great popularity over the years.

Throughout the 2010’s, the video would get featured on YouTube videos, Twitch streams, as well as spawning a multitude of parodies online.