In Soviet Russia is a phrase was a joke template and a form of phrasing that gained popularity after Yakov Smirnoff – a popular stand-up comedian of the time – started using the format in his shows.

This type of joke gained extreme popularity at the end of the 80s but almost totally disappeared from common usage during the 90s.

Later the joke was resurrected in form of mostly ironic memes, with the template being the following: In America you do [X] to/with [Y]; in Soviet Russia [Y] does [X] to/with you. 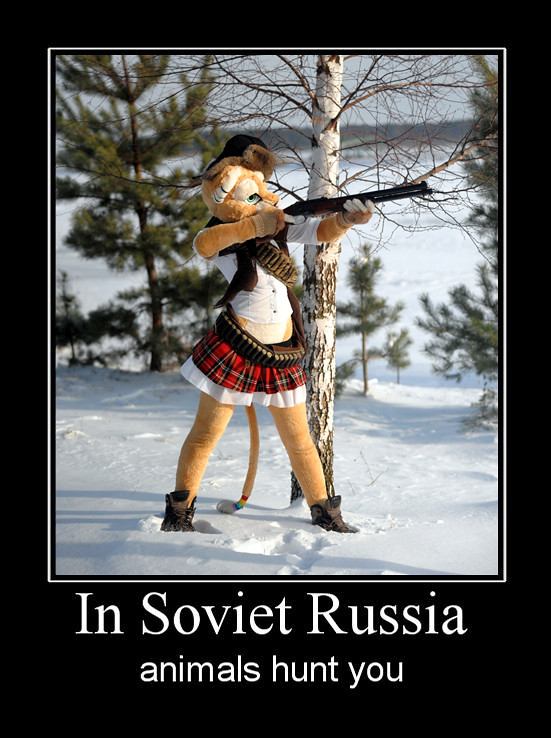 The exact origin of the joke is unclear.

However, there are early records of it being used, like in the 1938 Cole Porter musical Leave It to Me! (“In Soviet Russia, messenger tips you.”).

In the 1980s, Ukrainian immigrant Smirnoff started to utilize the “In Soviet Russia” template to present the contrasts between life in the Western US and the Communist Soviet Union in a genuinely satiric style.

He was highly popular at the time so the joke was quickly caught up by TV and cartoons as a cultural reference, usually aiming to parody Smirnoff’s style.

Since then, the format has been used and references were made in a number of shows, like Family Guy, The Simpsons or King of the Hill.

From the start of the 2000s the joke evolved to many different types of meme templates.