They’re the same picture is an exploitable two panel meme, taken from the widely popular television series The Office.

In the meme, Creed is presented with two images with the request of finding the differences between them.

Pam, who initially gave the pictures to Creed then notes off camera “They’re the same picture”.

The meme is also encountered online as a reaction GIF. 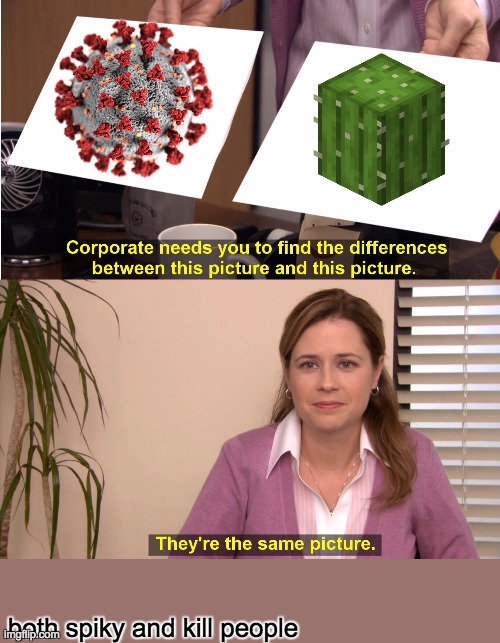 The original scene containing the meme appears in the Season 7 Episode 24 of The Office, which first aired under the title Search Committee on May 19th, 2011.

In the episode, acting manager Creed (portrayed by Creed Bratton) is subjected to a prank by Pam (played by Jenna Fischer), who gives the man two pictures with the comment “Corporate needs you to find the differences between this picture and this picture.”

She then leaves Creed and notes off camera that “They’re the same picture”.

The meme was initially used as a reaction to two things that are rather similar, primarily in the form of a two panel exploitable image.

This use manifested as actual memes on June 22nd, 2018 when the two pictures in the meme were replaced by an image of Fortnite and a pile of rubbish, followed by Pam stating on the next panel that “They’re the same picture.”

The format had gained a large amount of popularity online with a plethora of memes being uploaded to the web, from sites like Reddit to Instagram meme pages as well as Facebook meme groups and various humor based sites.

The most common forms of the meme are either praising or condemning something, likening it to garbage and excrement, or perfection.